Yesterday Jimmy and I went to a Columbus Clippers game. The game was set to to start at 5:05 and at about 1:30 I received a breaking news email a train had derailed in the Arena District. We decided we had better leave really early since on of the main routes into the city was closed due to many tons (131 tons I read at one point yesterday) of coal spilling out of the derailed train cars. We took an alternate route in and parked in the lot right in front of the baseball stadium. We realized after parking the train had literally derailed and dumped into the back of the same parking lot we had just parked in. Here is a picture...... 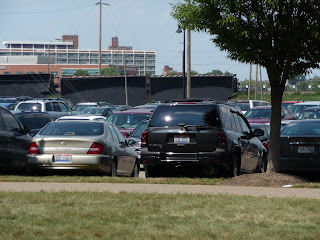 We had pretty amazing seats in the Tansky Club. We had a perfect view from behind home plate. 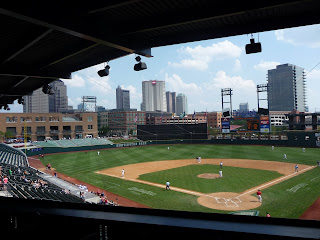 LouSeal even paid us a visit and Jimmy got a pat on the head. I didn't have the camera on and missed the photo op. 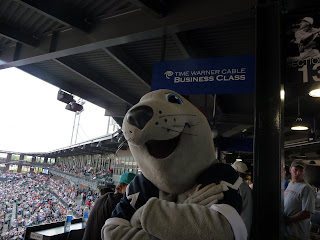 Tonight I finished my Air Raid socks. They are super comfy. 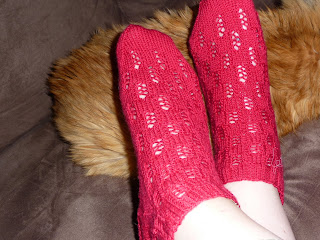 Wow - that is crazy! What an amazing picture of all that coal. The four of us should do a clippers game sometime soon.

I love the new stadium but the mascot still creeps me out! (nothing personal, they all do) Hope you enjoyed the game!