So mid week I received an email from Knitters Merc notifying of a glorious 25% off sock yarn sale this weekend. Yoza.... Kristie and I modified our Saturday plans to include a trip to The Merc, as it is affectionately known around these parts. I picked up some Regia Silk in a very subtle grey and some reinforcing thread for the heals and toes. 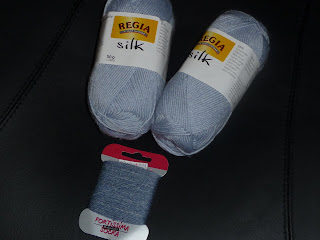 After The Merc we were going to head to Zen-Cha for tea and dumplings, gab, and knit. While in route we decided to ditch her car and ride down High Street together but then we realized there was another yarn shop between us and Zen-Cha. In we went to fondle more yarn. I scored more sock yarn ~ Frog Tree in oooooooooooh so soft Alpaca. Ok so this picture is really bad. It is a green yarn but for the life of me I can't get a good picture of it. This picture was the best. I took 25+ pictures of this yarn in different areas of my house at different times of day and this is all I have folks. 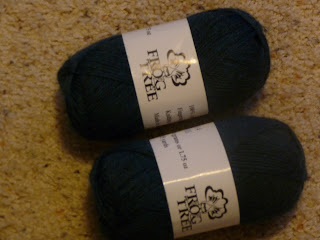 Zen-Cha was serving brunch and we couldn't get dumplings until 2 by which time were were long gone on the next stop of our adventure. BUT check out these Maui pancakes I ordered. OMG these were heavenly. There was fresh pineapple, mango, papaya and kiwi with this amazing mango syrup. Kristie will be sharing pictures of her lovely waffles so check out her blog soon. My tea is over on the right with a tealight burning under the pot to keep it toasty warm. It was a black tea with slices of oranges and honey. AMAZINGLY good! I highly recommend Zen-Cha. 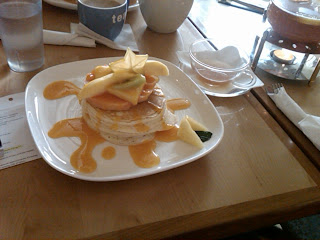 Kristie and I left Zen-Cha and headed to World Market where we bought tea, coffee and other wonderful things. We decided we hadn't had enough knitting and gabbing so we went to Cup-o-Joe where Audra met us for a bit to knit and gab. By then Jimmy was sending out S.O.S. messages so we met up with him later to have dinner at Hunan House which was another amazing meal! Yesterday was pretty amazing.

Other news.... I realized early January, actually I think I was in denial prior to January, that I hadn't had my hair cut since the second week of January 2008. So I went a week or so ago and got the mop cut. Here is a very fuzzy picture of the new hairdo. 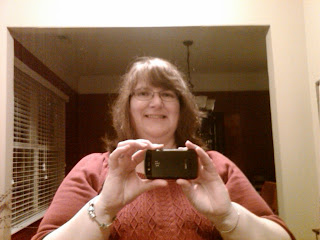 I am on the final phase, the hood, of my Susie Hoodie. I can't wait to finish this and I think it will be sometime this week when I should be in the soak and block phase. Yippie! 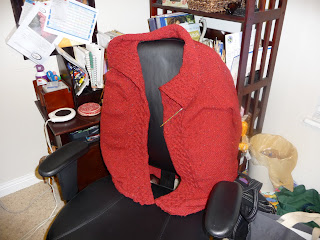 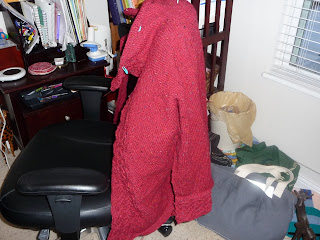 So today is the final day of the Pro Football season. Very sad! Go Cardinals.......
Posted by Bean Counting Knitter

I'm glad you had such a fun & yummy day! Your knitting work is amazing! :) That's so cool about Zen Cha, can't wait to go there when i get back to C-bus!